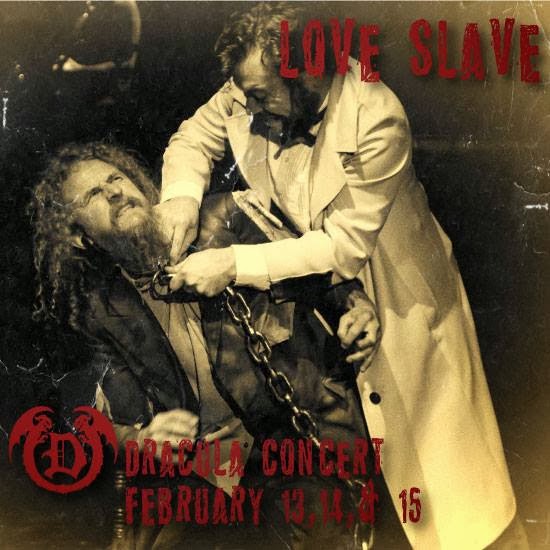 Most of the morning is spent deciding whether or not we should do the show.  I pack a bag, just in case I get iced out, because I HAVE to go to the theater.  I HAVE to check the video. I park at Heidi's, bring in my suit case and we walk from her place to the theater.  At that point we cancel the show, people are freaking out because of the weather, they're not going to come out because of fear even though the roads are mostly cleared.  I am told that the box office spent hours calling everyone to make sure they could exchange their tickets and knew the show was out.  We add a 10:30pm show on Saturday to make up for the show day.

I want a dress rehearsal, I annoy all the cast and crew and we get it scheduled an amour earlier so we can do a proper sound check and get everything taken care of.  Theater is cleaned, floors swept and mopped, lobby is finalized and looks like we're ready for company.   Final dress rehearsal.  Weather still sucks but video is happening, we have a small invite only audience.  It didn't suck, we got through it, these are all good things.  Michael Haverty (Associate Artistic Director of 7 Stages) helps me make the video work as I am still learning how to make my MacBook go.  We get head sets figured out so we can communicate with out having to run all the way around the theater for the booth and back stage to talk.  We prep the hazer, we prep the fog, I fix all the video into one long slideshow...and there we go.

Due to traffic we started about 30 minutes later than we wanted but still 30 minutes earlier than the show was originally scheduled.  We loose Shane and Madeline because they are unable to leave their house as their road is still iced in.  The other singers step up and cover the two missing singers so we can get through.  We blow the mains during the dress rehearsal...we slam through the show, we get done and I send everyone home before it gets bad.  I then spend a good portion of the remainder of the evening working on video, fixing lights, going through notes...  I am working late enough that I realize that I am starving.  We go back to Heidi's house, I eat some food and then keep working on the video timing until 4/4:30am.

I force myself to sleep in.  The running joke being that since Holly didn't stay there Heidi just needed to have a Stage Manager on tap at all times.  Christine Orr was kind enough to help me dye my hair so I could have a head of pretty for the opening night.  After almost 2 weeks of feeling gross from crawling around with cables, digging out costumes that haven't been touched in almost 2 years, and generally playing with all the gross things that reside in the theater...it was nice to have a private moment to feel pretty.

I then headed down to the theater, met up with Alex and got him to work on sweeping, mopping, cleaning, helping put up Shane's art work in the installation of all the costumes up front that we had finished the day before.  We make the place look like we're ready for an audience and we finally are.  There was one boo boo that probably only the cast and crew noticed and one big boo boo where a gel frame fell from the ceiling and almost hit Jeff (Van Helsing) in the head.  We did find out later that there had been an earthquake, however he still stands by the fact that I was trying to kill him.  Over all the show was amazing, we had a good crowd, and we had a good time.

I get to the theater around 2pm to make some last minute tweaks to the video.  I haven't done timed video and with the new knowledge I have of when the audience is going to applause and a better grasp at the length of chatter between some of the songs I feel like I have a much better grasp of what is needed.  I spend about 2 hours (this includes many cigarette breaks while the videos were rendering) getting is finalized.  I then go into the theater to adjust some lights (ya know, having to deal with the death gel) and fix a few cues.  I end up flipping through the entire show to take the death lights out of it since I needed to fix some band lights anyway.

By the time I finish going through lights the cast and crew begin showing up.  We start getting ready, we get all hyped up for slut dress Saturday.  (This was a thing we did during the original production so it seemed fun to revive for this.)  We go through the 8pm show, great crowd, video works great, I manage not to kill anyone.  We're worried about the second show, it was last minute, will anyone show up, then we realize that Neil from Stungun Photography is coming and we decide that this isn't a show, it's a photo call!  It makes everyone feel better and we had a way bigger crowd than we thought we would.  Over all it was great.

I took some shots during the show and sent them to Chaz, he asked for them since he couldn't be there.  Afterwards we took a group shot in front of the last group photo we had taken almost 2 years ago.  It was kind of sweet.  Then we drank and got silly and enjoyed our last night as the Drac Pack...at least until we can get funding and do this all again.

We broke it all down today.  It was sad.  Not everyone shows up for strike, but those that do are awesome.  It's that hang over of a day, because deconstruction and cleaning is way more fun that way.    As I thane been typing  this I am actually working on another show that happened in the same space right after strike.  It's kind of poetic, one show ends, another starts.  The show I was working is now done, they're lingering on the stage while Dad's Garage begins loading in their show...seriously, this space never sleeps.
Posted by Unknown at 9:32 PM