Resolutions, do they accomplish anything? 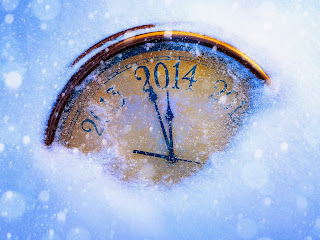 While most people are looking forward to their resolutions for 2014, I have to wonder what did I actually get accomplished in 2013?  Did I keep any of my 2013 New Years resolutions?  I looked, I couldn't find that I made any resolutions last year.  Was my 2012 resolution to not have any?  I'm super goal oriented so not making any resolutions doesn't mean I didn't accomplish things and move forward, I just didn't treat them as resolutions of "this will be different in 2013" because my goals didn't really change that much from the year before.

The biggest thing I accomplished in 2013 was I finished my last semester to get a degree in Technical Theater from Georgia Perimeter College.  This was a goal, but not a specific 2013 goal, I started going back to school while I was working at the law firm back in Spring of 2008 before I was laid off and then I started again once I was eligible for a Pell Grant in Fall of 2011.  Much more of a long term goal then one of a resolution for 2013, but since it happened in 2013 does it count?  I worked for a long time to keep up the straight As I got from Fall of 2011 through my final semester.

I did get to do my first professional (paid) lighting design for Lady Lay at 7 Stages Theater.  This is why I've been going to school.  So I would have enough skills to keep myself employed regardless of what the job openings were.  Stage Manager, Costumer, and now Lighting Designer.  I was also thrilled to add Production Manager to this list this year as well.  The only way to stay employed in theater is to be able to do ANYTHING so they can use you regardless of what they have available.  Make yourself invaluable and they can't help but want to keep you!

Syrens of the South lost a venue and then found a new monthly home at The Shelter and 7 Stages.  We had two super successful show at 7 Stages with Syrens celebrating its 6th birthday (we're now in our 7th season) and a SOLD OUT 7th Annual Tits for Toys for Tots show.  We ran a wonderful monthly show at The Shelter from May through Dec that brought together the community a great deal with helping fund Southern Fried Burlesque Fest as well as an outlet for performers new and old to test out new acts and get videos of performances.  Sadly, as of tonight the Shelter is closing but it has been very good to us over the past 4 years as we've performed there MANY times since they opened as guests, features and sometimes just because we were getting rowdy as customers.  But notice that it's a 4 year relationship with The Shelter and our 7th Anniversary.  We moved to 7 Stages because I started working there in 2012 and that relationship is what led to our shows being there, again not a 2013 only decision.

Southern Fried Burlesque Fest, I launched a Kickstarter to pay off the 2013 festivals bills and raise the money for the down payment for the 2014 festival and it was successful.  I was shocked, we even went a little over so we were able to pay off the SFBF credit card as well which was amazing.  We've actually already been able to pay $4000 of the $8500 we have to pay for the hotel space (not including air fare, hotels rooms, performance fees, etc...) which is a huge leap from where we normally are.  The Kickstarter may be the only thing that was thought of and executed in 2013, but Southern Fried has been my baby since 2010 when I began working on the 1st one that took place in 2011.

In January I began working at Studio Burlesque which later became The Atlanta School of Burlesque under Ursula Undress' leadership.  Not my first time teaching (obviously since Ursula was once a student of the Syrens of the South ABCs and 123s of Burlesque back in the day) but my first time having it be a main source of income and a steady job with a schedule.  A nice evolution of things I have been working towards since I started teaching in 2007.  (WOW, has it been that long already?)

So these were my big life changing things in 2013 which all happened due to YEARS of hard work rather than a major change in 365 days.  Maybe that's the point of this post, these things don't happen over night, they don't happen in the span of a year, everything we do leads us to our future and those are years in the making.  I think it is good to have goals, I like lists to check off to have a feeling of accomplishment when I am working on things.  Everyday we make choices, those choices pile up into our futures.  Instead of trying to change over night make one choice each day that makes you better than the day before and eventually you'll be the person your resolutions say you are.

And on that note, I guess I should have some resolutions that are doable. 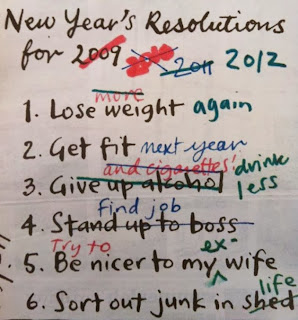 1. Exercise for at least one hour three days a week.  I actually am usually pretty good about this and seeing as a teach two 45 minute classes per week this is a pretty easy goal.  I would like to get my yoga DVD back on my schedule and I think not having an 8:30am class will definitely help with that.  Also, I like short, easily accomplished goals so me and the 30 day challenges are going to probably become friends again.

2. Eat more vegetables.  I actually really like vegetables, my problem has been I have been super busy and my eating habits have been kinda crap.  I just generally need to pay more attention to what I put in my body.  I am not giving up anything or denying myself anything, I just need to add some healthy things in there as well.

3. See my friends more.  I have been so busy with work and school many of my personal relationships have suffered.  Even if I just go hang out once a week with someone I'll be doing infinitely better than I have been able to do.

4. Do more things...I need more adventures.  I need to say yes to more things instead of being weird about wandering out by myself or feeling silly.  Silly feels awesome and should be embraced more.

5. Organize my existence more.  I need structure to get things done, that's what being in school has taught me.  I work best with a schedule.  All of my other goals will be more easily accomplished if I do this one thing.

5 resolutions seems like a nice number so I'll stop there.  Am curious as to what other people's resolutions are/will be and how many other people accomplished from the year before.

Posted by Unknown at 6:06 PM No comments:

Peter O'Toole passed away today at age 81.  I am sure that most people will be talking about his Academy Award nominated performance in Lawrence of Arabia , his triumphs as Hamlet on the British stage before he was discovered, or his final Academy Award nomination for Venus

.  However, those aren't the things that made me adore him as an actor and spending the rest of my life excited when I saw his name associated with a project.  No, I discovered Peter O'Toole through one of my favorite movies, High Spirits

You know the moment I said the title of that movie you paused, remembered it fondly and smiled, or maybe even chuckled just a little bit.  The story of the drunken family failure Peter Plunkett trying to save his ancestral castle by creating fake ghosts and high jinx in-sue when the actual ghosts decide to give him more than he bargained for.  It's amazing, it's cheesy and it's fun.  That was how I first discovered Peter O'Toole and that is always the character I will first think of whenever his name comes up and it is always a fond memory that makes me smile.  I was 9 when that movie came out, so that will always be with me as part of my childhood.

You grow up and discover that he was also in Caligula

with Malcolm McDowell who is one of my favorite actors.   He was the Pope in the television show The Tudors

which was an amazing series, but I have to say that I loved him as the voice of Anton Ego in Ratatouille

.  The hardened food critic whose heart was soften by a cooking rat and a boy who finds his confidence.  I bring up these particular roles to show the insane amount of versatility that he had as an actor.  If you look at his IMDB page there is never really a gap in his resume, he was constantly working and bringing his art and flair to all of his projects.  I am saddened by this loss, but I am grateful for the years of entertainment and joy that he brought into my life as an artist.
Posted by Unknown at 2:11 PM No comments:

Syrens of the South has been performing off and on at The Shelter since it opened 4 years ago and since May we have been doing a monthly Tease Tuesday show as a fundraiser for Southern Fried Burlesque Fest.  New Year's Eve, December 31, 2013, will be The Shelter's last night open.  Sadly, it is not that the club failed, that it wasn't popular or that it had fallen out of fashion, it is for reasons out of the club owners control...stupid plumbing and the owners of the building will have to gut everything to fix it which is why we're loosing our home.  I guess it's better to go out the hero than stick around long enough to become the villain.  The Shelter is definitely going out the hero!

This past Tuesday, Dec 10th, was our final Tease Tuesday there.  It was a fairly packed house, especially for a Tuesday, and we had a great last show.  Many of us are planning on spending out New Year's Eve at The Shelter so we can be surrounded by our friends in one of our favorite places one last time. 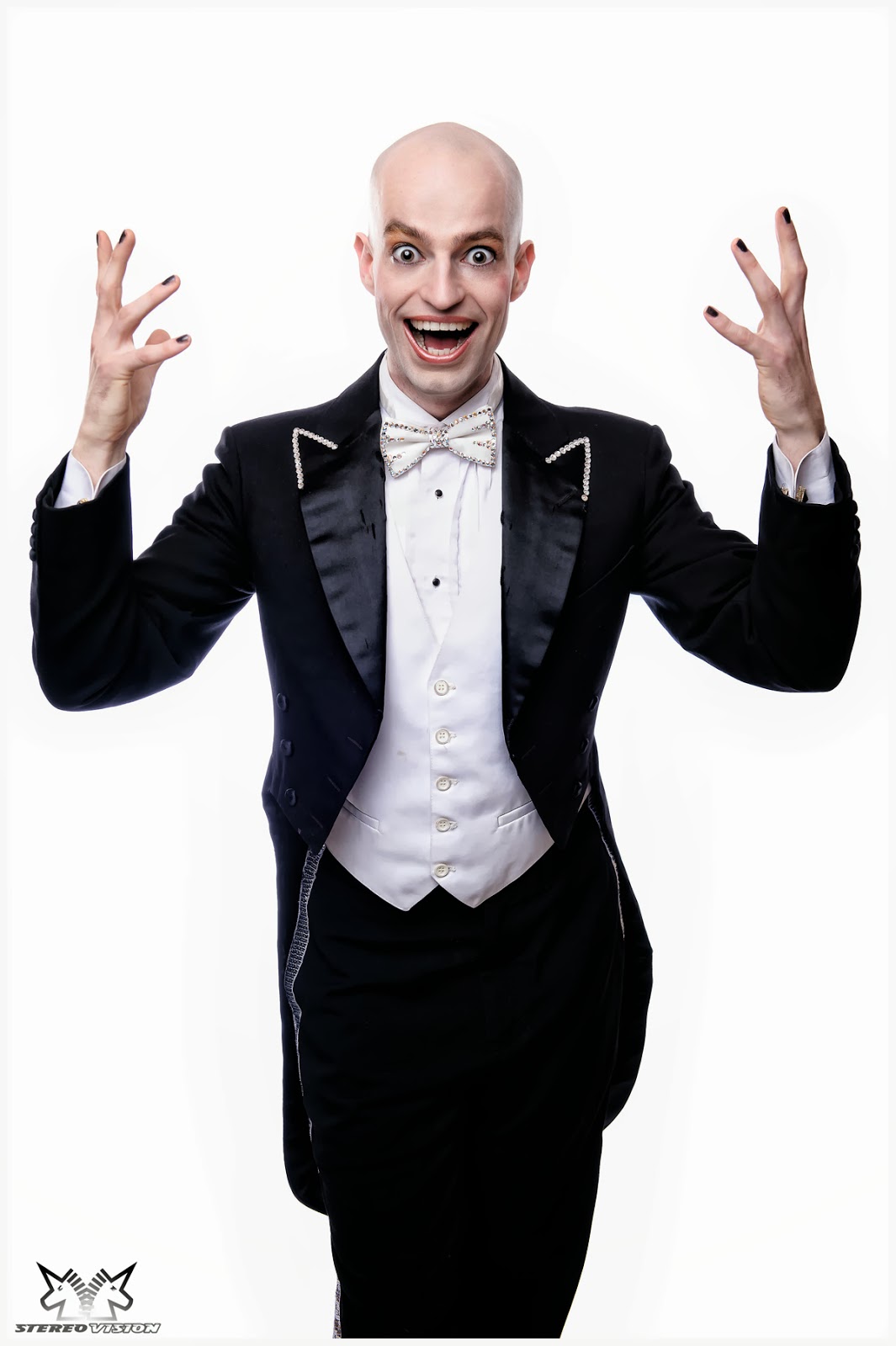 We are pleased to let everyone know that Tease Tuesdays aren't dying.  Syrens of the South will be at Red Light Cafe on January 14th with special guest Paco Fish headlining.  This will continue to be a fundraiser for the Southern Fried Burlesque Fest March 20-23, 2014.  We hope to see you there and see if Red Light Cafe can be our new home for our monthly endeavors!
Posted by Unknown at 4:49 PM No comments: