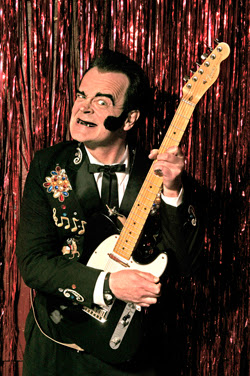 
Unknown Hinson is always on tour and usually comes back to Atlanta in April so if you missed him and the Syrens of the South you can probably catch them at The Earl in April.  If you're not in Atlanta I highly recommend you check his website to see when he'll be in a town near you because it's definitely worth checking out.
Posted by Unknown at 10:00 AM No comments: 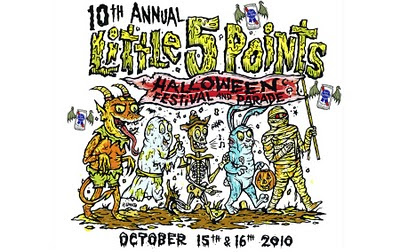 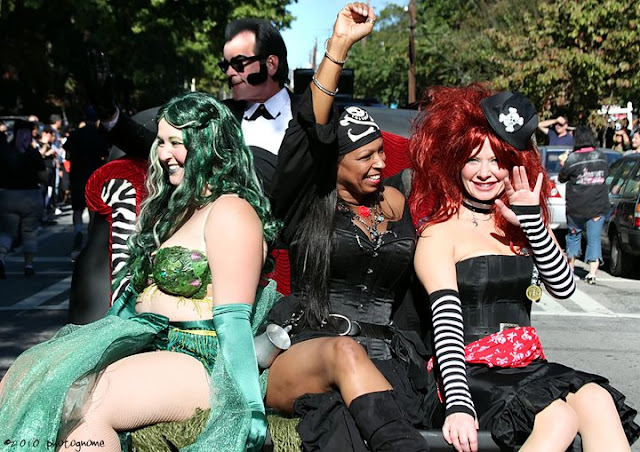 The Imperial Opa Circus produced The Night of the Living Circus it's final big show for the season at The Goat Farm.  It was a huge event with multiple opening bands and Ninja Puppetry by Raymond Carr who always does a great job.  The circus is a combination of live music and traditional circus acts such as clowns, acrobats, aerialists, strong men, with some not so traditional acts such as ice sculpting, belly dancers and fire spinning!  It is what I would imagine a circus put on at Burning Man would be with an amazing underground feel with everything you'd expect from a circus minus the elephants.

Below is a promotional video that they put together for this show.


The Imperial Opa presents: Night of the Living Circus! from Captain Crazy Productions, INC on Vimeo.

There was so much going on from the opening parade to the funeral procession at the end of the show for the woman who sacrificed her self to bring back the undead circus.  The entire circus had a cohesive story line of sacrifice and hard work to bring the circus to life and at the end the whole circus worked together to bring back the women who had saved them all and made her the newest member of the circus.  You have to love great entertainment that also has such a good positive message as well.  The highlights of the show for me were the comedic bit with the strong man, the two aerialists and the fire spinning, but the whole show was truly amazing.  I will definitely be checking them out again and you should too!  I hope you enjoy the pictures I took!

Oct with Syrens of the South

Posted by Unknown at 2:58 PM No comments: