Who you gonna call?... You know that even if you didn't say it out loud, you said Ghostbusters

in your head.  That's a phrase we all learned and became a piece of our childhoods that has lived on.  Sadly, as of today, there is one less Ghostbuster for us to call.  Harold Ramis passed away at age 69.  We have lost Egon Spengler, the brains behind the science and the writer behind the screen.  This news comes shortly after Dan Akroyd said that there were plans for a Ghostbusters 3 in the works and that Ramis would be a part of the project.

, and a slew of other amazing movies that made us laugh until we cried and some of the most surprisingly touching moments shoved into comedies that sometimes made us think. 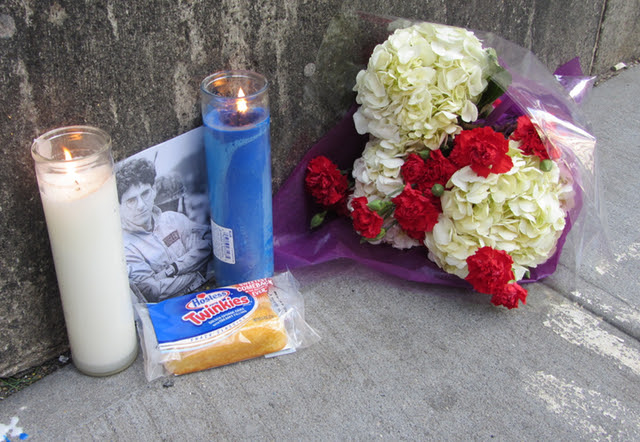 One of the most touching tributes that I have seen since the announcement of his passing actually took place at the firehouse in New York that was used for the Ghostbusters head quarters in the movie.  His photo, two candles, some flowers and a Twinkie.  You can read the whole article HERE.