I did this last year and thought it would be a good thing for me to do again.  Different challenge so different writing prompts this time.

My day, though technically not over, is probably fairly close to it as far as exciting things I will be doing today.  I vaguely remember B rustling around the room getting his clothes for work, that had to have been around 6am since that's when his alarm goes off.  I did not get up at that point, because 6am.

I had my alarm set for 9am so I could be at work by 10am.  I, as has become a most annoying habit, woke up about 15 minutes before my alarm went off FOR NO REASON.  Even with NyQuil in my system, my body's internal clock was just not going to let me get all the sleep that I possibly could.  That extra 15 minutes is important!  Once I actually got up I hacked up a lung for a good long while, being sick is lame.  Finally was able to get ready between the coughing and got myself to the theater.

Once at 7 Stages I finished programing in the final cues for the dance show I've been working on this week.  The bad part of this is that I was coughing so much and so loud that I was disturbing the rehearsal.  Luckily, Jennah (who does tech for Dad's Garage) answered my call for a replacement and was able to make it there in time for their dress rehearsal, which meant she would get a run with them before the show tonight so I could go home.  Had someone else not been able to come in I would be there suffering right now because I couldn't leave them in the lurch.  I am very grateful that I know so amazing techs who can hop in.

Got home, took more meds and like a crazy person (because I thought it might make me feel better) did my 30 day plank and squat challenges.  I think it mostly just made me light headed, but hey, exercise is never really a bad thing, right?  I am now sitting on my couch with the cat, because Jezebel must be as close to me as possible with out actually getting inside my skin.  And, with being sick, watching House some how makes me feel a little better because at least I am not as sick as any of those people.

Plans for tonight is hoping that B and I can just order Chinese food and hang out on the couch and watch American Horror Story or maybe some superhero movies that we picked up over Christmas.  There is something comforting about being sick at home with someone you love who is also sick so you can be miserable together.  Good company fixes a lot of ills.

And since it said I had to post a picture, here's a picture of what me being sick looks like today! 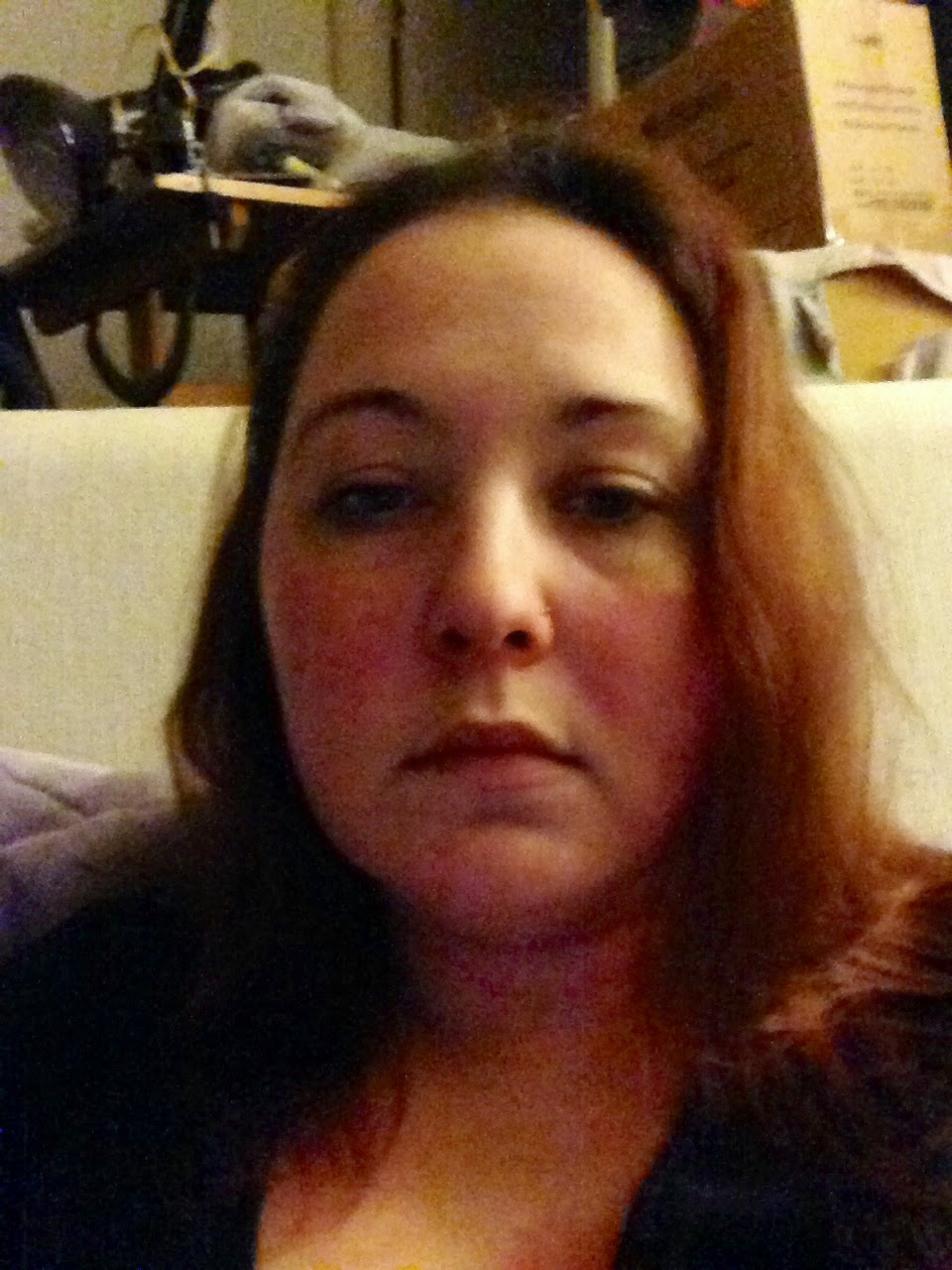