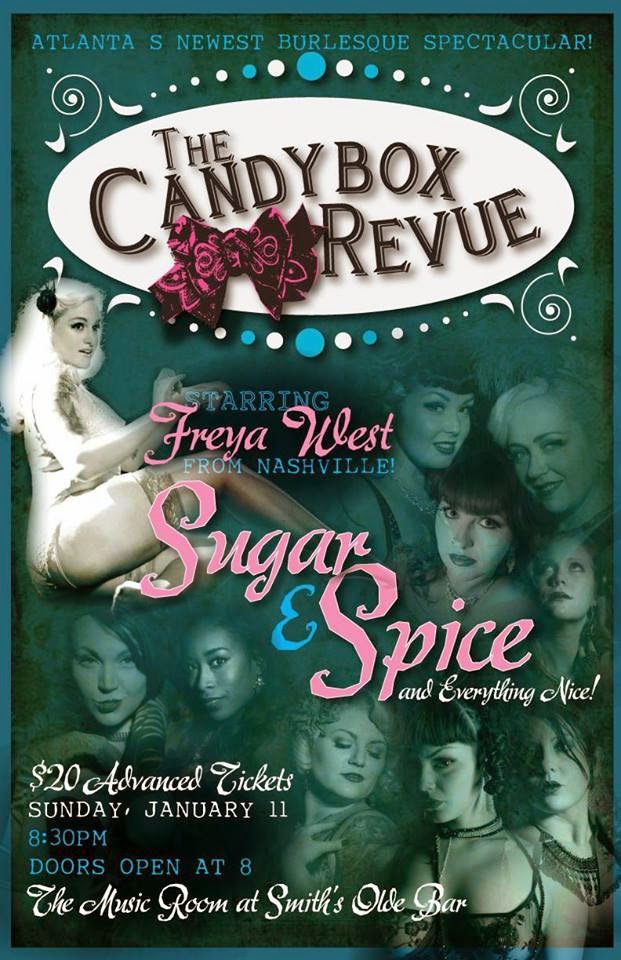 Tonight was the inagural show of The Candy Box Review. at Smith's Olde Bar.  I was supposed to perform, but due to personal circumstances I ended up in the audience taking pictures instead.  I was able to get some amazing photos of almost all of the acts except for Tora Torrid's routine because I literally made it about three notes in to her song before I cried my eyes out.  With everything that has been going on I wasn't ready to see that particular number.  Please know that she did an amazing job and it was absolutely beautiful which is why I broke so hard.  I was very lucky to have Lola Le Soliel there as my friend holding my hand as it started because I told her I didn't know if I was ready for it.  She held my hand, handed me tissues and put her head on my shoulder and just let me cry it out.  I'm not big on sobbing in public, but it was both a blessing and a curse.  I needed to let it out and I needed to do so with someone that I trusted.  It was very hard for me, so I got a drink right after her routine, but it was also very good for me because I have been trying to hard to control my emotions (which ends up exploding in a hail of crazy when I try to just suppress it) that it really meant a lot that I felt safe enough to just cry and let go of a lot that I've been storing up this past week.

The show, over all, was amazing and I am super proud of Ursula Undress.  I mad the joke that I was England and I've had a lot of colonies over the year but she was my America.  I've fucked up and drawn lines where they shouldn't have been, but she figured out how to make it work.  I am so very proud of her and honored to call her my friend.

I have a lot of amazing photos you can see HERE, but as I didn't take a single photo of Tora's number I'll post the YouTube link so you can maybe understand why I broke if you've been following my blog.