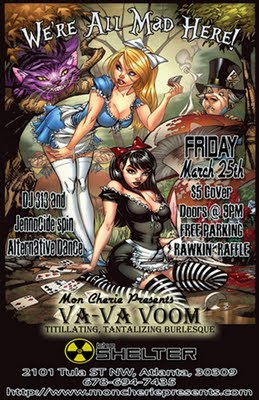 It was an amazing night with DJ Jennocide spinning and keeping everyone out on the dance floor.  It was a spinning room of fluffy tails, top hats, cat ears and blonde hair dancing the night away.  Mon Cherie sure does know how to put on a hell of a party and her vision had a repeat performance the next night for a private event which also went over smashingly.
Posted by Unknown at 12:00 PM