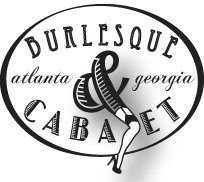 You would be surprised how many people will drag themselves out on a school night for the chance to be surrounded by fabulousness!  That's exactly what I, and about 15 other people, did last night.  The first Wednesday of every month from 8-10pm is the Atlanta Burlesque & Cabaret Club meeting at Twain's Billiard & Tap (called Twain's by its regulars).  Hosted and run by the lovely Talloolah Love this Club has been going strong for going on 3 years now.  The club started as a Meet-up Group around 6 years ago and then went dormant for a while before Talloolah picked it back up.  After a year or so of having to pay for the right to use the Meet-up system Talloolah moved it to a Google Group and then to the more successful Facebook Page that it is on now.

Since Talloolah's take over the event has moved venues about once per year, so not only is it a celebration of the local burlesque and cabaret scene in Atlanta, it has also been a tour of some amazing restaurants and pubs in the Atlanta area.  When she first took it over it was hosted at Manuel's Tavern (lovingly called Manny's by it's regulars) which is a local hang out for a large hunk of the Atlanta theater scene.  Centrally located in the Virginia Highlands, it was convenient for many people to come and check out the club's new ownership.  After about a year and a half of meetings the proprietor moved the event the the James Joyce Irish Pub (called the Joyce by it's regulars) in Avondale Estates.  A little more out of the way for most people, but as the Avondale Estates and Decatur area is home to many of Atlanta's burlesque performers and was the home of the Syrens of the South studios (about 1 block from the Joyce) it was a logical choice.  A year later (which is about how long it takes all of us to sample everything on the menu) the meetings were moved to Twains in Decatur, approximately 10 minutes from the Joyce.

Last night was the first time I'd been able to make the meet-up since it moved to Twain's earlier this year.  In between touring and filming I'd just been too busy to come out.  Last night, with the Syrens of the South 3rd Anniversary Show coming up in a few weeks, I figured I should wander out of my cave and go enjoy good food and good company!  Fritzengreuben was the first person to arrive and had staked out a table for the group.  There was a pretty decent turn out with discs of photos being handed out by Kevin from the July Mechanical Masquerade.  There were some new faces and some regulars in the turn out.  Rosie Palms was there to pimp her show on Aug 14th at Faerie Escape Atlanta as well as the upcoming Syrens show she'll be performing in.  Tupelo Honey was there in cute pig tails after a day of shopping with me for a skit we'll be doing on the 21st.  I sold some tickets to the Aug 21st show and some buttons to help support the upcoming Southern Fried Burlesque Fest in March 2011.  Over all it was a great night with good friends and tasty garlic fries!

Enjoy some photos that I snapped during the event!