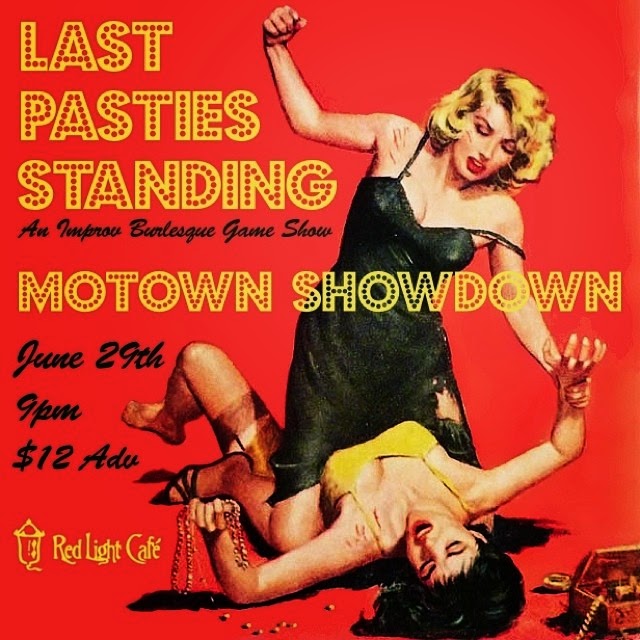 Not long after we moved the Syrens of the South Tease Tuesday shows to Red Light Cafe a second super awesome burlesque show popped up there as well called Last Pasties Standing that is produced by the ever amazing Sadie Hawkins.  Sadie's vision is a ridiculous game show of improv and intrigue!  Each show has a theme which dictates the music that will be used for the acts.

"Last Pasties Standing is a burlesque game show in which two (8, actually) will enter, one will…. well, nobody will end up wearing much.

This show is all about on-the-spot, creative improvisation and audience response. Eight burlesque-a-teers will take the stage and create spontaneous performances in head-to-head strip-offs to songs selected right as they get on stage. Who does it better? That’s for the audience to judge. Winners will go on to the next round, playoff style. There are additional burlesque-themed games inviting audience and performer participation, as well.

Join us for a night of spur-of-the-moment striptease and silly, sexy fun!"

So how this works is that each performer brings 3 costumes (one for each round) and you find out who you're up against and what song you'll be performing to by the luck of the draw.  The audience decides the winner of each pairing and they go on to the next round.  In the case of a tie they become a duet, another tie they become a trio, etc... until at the end of the three rounds there is a winner declared.  The winner gets bragging rights and assorted crappy prizes!

After months of this amazing event happening I finally got to go see the June 29th Motown Showdown.  The show was silly and fun, full of ridiculousness and a a great time.  Watching the performers pull the routines out of thin air along with trying to make their chosen costumes work with their given song was really an amazing show of skill.  The performances sometimes got really weird, you can tell a lot about the performer by what their default improv styles are, but they were always fun to watch even if they were kind of a train wreck because of not being familiar with the song or trying to duet a trio with people you had never even met, let a lone worked with, before.  The winner was Benjamin Elizabeth and she was very excited about her crappy prizes! 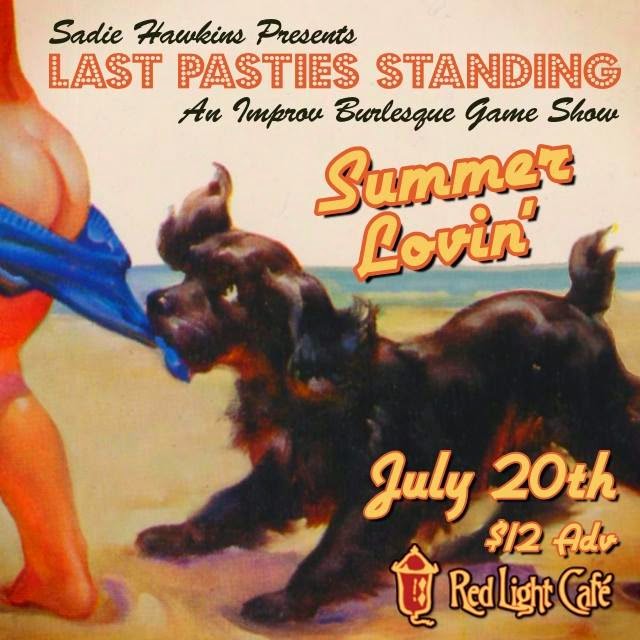 The shows are one Sunday a month and a seriously fun time.  I highly recommend going and enjoying yourself immensely.  The next one is on July 20th at Red Light Cafe.  Doors are at 8pm, show at 9pm and it's usually done around 11/11:30ish so you can still get a decent night's sleep before you go to work the next morning.